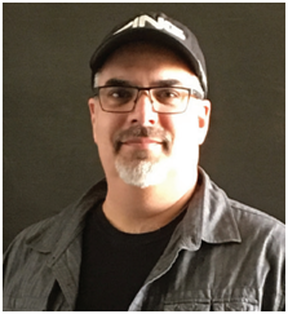 Born and raised in Waterford, Wisconsin, Trace has three passions in life – art, fishing, and golf. All three passions were cultivated from a very early age. He was mentored by a Door County artist in grade school; however, it wasn’t until a post-high-school job opportunity at Geneva National Golf Course that his passion for design was discovered. Each hole became his canvas and the mower his brush as he designed the pristine manicured patterns that define championship-level fairways and greens.
In pursuit of his dream to become a graphic designer, Trace attended university level design courses while working in the pre-press department of a local printing company. Within a year, he was asked to pioneer their in-house graphic design department. Five years later, Trace formed an independent graphic design company, Chiodo Design.
Trace has served clients nationally and globally by bringing their brands and value propositions to life artistically. He has won multiple awards for his design creativity and expertise. His graphic design company has also provided him the privilege to work side by side with fine artists, helping them to establish and grow their brands globally. It is this work that has ignited a passion in Trace to focus on creating his original art.

​Trace has been a member of Lemon Street Gallery since 2019.